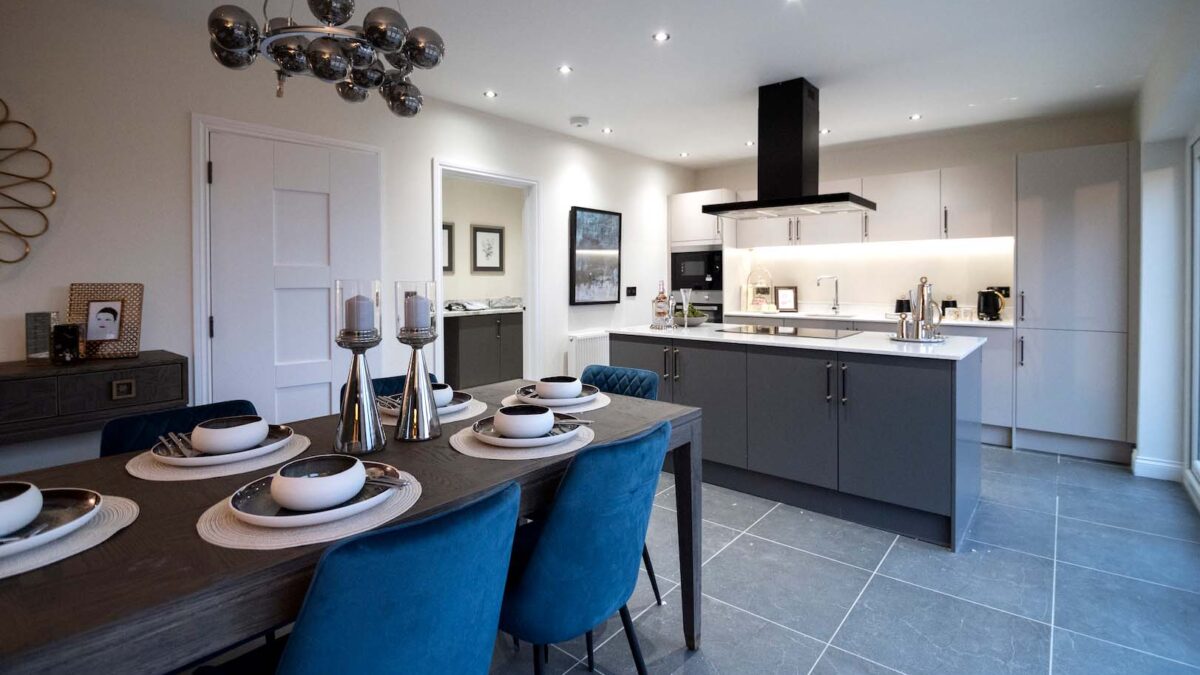 SHOW HOME TO OPEN AT THE HEATH!

After the outstanding sales success of the first phase of The Heath, Camstead Homes’ exclusive residential development in the upmarket North Leeds suburb of Adel, Camstead Homes have announced the opening of a show home on January 15th on site to mark the start of Phase 2.

Celebrated Yorkshire Dales based interior designer, Joanne Platts has already completed three show homes on various Camstead Homes schemes throughout Yorkshire and she has been invited back to create The Heath’s show home.

Joanne commented ‘The Heath has all the vital ingredients for a successful residential recipe. It sits on one of Leeds’ most highly-prized addresses in the sought after suburb of Adel and enjoys the tranquility and beauty of verdant woodland setting yet it is an easy commute to the vibrant city centre of Leeds.

‘I wanted the show home to reflect the satisfying blend of the urban and rural environments and this, with the large windows overlooking the mature trees in the landscaped gardens, inspired me to use a palette of natural colours and plants in some of the rooms, and as a contrast, I have also used an exciting blend of black and gold to reflect a glamorous city feel. It’s a mix that really works.’

Johnny Rapley, Camstead Homes’ Marketing Director comments, ‘We invited Joanne Platts to once again create the show home at The Heath. Joanne has shown exceptional flair with the three show homes she has already designed for us and we are tremendously excited to launch the new show home when it opens on site in Adel on January 15th.’

Mark Manning, Director of Sales Agents Manning Stainton, added, ‘Last year we made a press announcement that Camstead Homes would be building The Heath on Dunstarn Lane, Adel. As soon as word got out we were deluged with enquiries for the designs, building specifications, and prices. From the very beginning The Heath attracted the interest of buyers who recognised its ideal location for their new family home.’ The prestigious scheme, which when complete, will comprise 43 luxury detached and semi-detached homes.